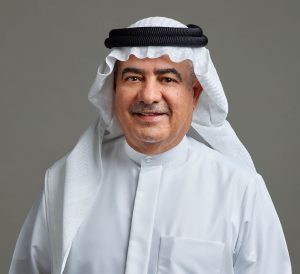 Manama, Kingdom of Bahrain – 12 December 2021 – The Central Bank of Bahrain’s (CBB) Board of Directors held its fifth meeting for the year 2021, chaired by Mr. Hassan Khalifa Al-Jalahma on Sunday, 12 December 2021.

The Chairman commenced the meeting by congratulating on behalf of the Board and staff of the CBB His Majesty King Hamad bin Isa Al Khalifa and His Royal Highness Prince Salman bin Hamad Al Khalifa, Crown Prince and Prime Minister on the occasion of National Day.

The Board reviewed the items on the agenda and approved the 2022 budget. The Board also expressed its praise regarding the economic recovery plan recently approved by the Cabinet, which also covers the Financial Sector Strategy. The role of the financial sector will be key in providing the necessary funding for the development projects outlined in the plan. The Board also expressed its appreciation for the efforts of the banking sector over the last two years by providing support and assistance to reduce debt burdens on individuals and companies, and stressed the importance of continuing cooperation between the CBB and the sector to facilitate the implementation of the Financial Sector Strategy and to support economic sectors in the coming period.

The Board reviewed the developments in the financial sector for the second half of 2021 in light of the recovery in economic activities. Bank deposits increased by 4.7% and loans by 3.5%, compared to the same period of the previous year until October.

The banking sector maintained on average capital adequacy ratio of 20%, higher than the level required by Basel 3 Standard.

The Board also reviewed the recent S&P’s report on the rating of the Kingdom of Bahrain, which changed the outlook from negative to stable with a sovereign credit rating of “B+”. This change in outlook reflects the measures taken by the Government to address the budget deficit and the introduction of the new Fiscal Balance Program. The Board expressed its satisfaction with this positive development, which reflects an improvement in the economic and financial indicators of the Kingdom of Bahrain during the year.

The Board concluded its meeting by expressing its appreciation to CBB staff for their efforts during this year, which contributed to maintaining financial stability and developing the financial sector.